Here in the “Ask the Prof” area I’ll post replies to questions about songwriting, tunewriting, collaboration, and teaching—with a focus on teaching songwriting and artistry, my particular bailiwick. You’ll find specific responses or questions about my book, Songwriting Strategies: A 360o Approach, in the BOOK STUFF Tab, under “Experiences with the Book.” But the book condenses a large body of techniques, exercises and tools I’ve developed or adapted from others over the years; I hope to explore this material in more depth, based on the interests of readers and fellow songwriters. 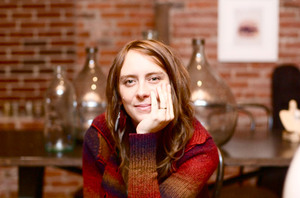 My first entry question comes from my friend and colleague Keppie Coutts. This question is typical of Keppie’s far-reaching perspective and endless curiousity.

I met Keppie when she was a student at Berklee. We worked together on the Songs for Social Change contest that ran for many years, continuing that work as Keppie moved into a staff role with the Office of Cultural Diversity.

Later she taught in the Songwriting Department for a few semesters, then took her keen insights and passion for songwriting off to LA, and eventually back to her native Australia. She’s now inaugurating a new songwriting course at the Australian Institute of Music in Sydney.

(It was Jimmy Barnes in Australia who started calling me “The Prof” by the way; and I adopt the moniker here as a fond nod to him.)

I'd like to have some different reference points for a discussion about different approaches to lyric writing. So I have a songwritey-teachy-type question for you:

What types of songs are there?

I'm not here referring to musical genre (although of course that will influence lyrical content), but more like:

These are kind of random examples, and I know this is a highly subjective question, but I'm interested in how you would put contemporary songs into different 'types' or even 'approaches', if any... Warmth, Keppie

My kind of question! If Aristotle were a songwriter, he’d be all over this like a cheap suit! Since I know Keppie is focused for the present on lyric content, I’ll answer her question not with a fixed set of categories but with some “polarities” I work with as both songwriter and teacher.

I do think narrative or “story songs” are a distinct genre that poses very specific challenges of form and skill for the songwriter. It’s generally an important skill for a songwriter to be able to hear their song from the listener’s point of view, asking what part of the story is being revealed with each line. But this skill is critical in writing a good story song, where you are counting on a clear unfolding narrative.

What is the complementary kind of song to a narrative song? There are songs that get called “situational” songs, describing a snapshot of a moment and an emotional situation, usually involving the Singer (in the world of the song) and someone else. Often that someone else is the Sung-To, and so situational songs work well in combination with first-person or “direct address” voice. For similar reasons, narrative songs can work well in third person, with the singer a narrator commenting from outside the world of the song.

One thing that makes a polarity more useful than fixed categories or a dichotomy is that you can acknowledge the seamless, organic connections to the principles involved. So, even a strict situational song tends to have at least a nod to “back story” which brings in some elements of the past to help motivate the current scene. (A second verse is often where this occurs.) Even when the back story doesn’t show up in the song itself, the writer (and especially co-writers) may need to think or talk through that back story to write a clear song, with a consistent character’s persona and point of view expressed. And similarly, a situational song may include a leap of expectation or worries toward the future (often in a bridge or last verse).

Just as a situational song has narrative components, most narrative songs proceed a bit like movies, as a procession of “scenes” or episodes each of which can have the immediacy of a situational encounter. Old traditional narrative ballads in particular work in that fashion, mixing dialogue (often highly patterned and formulaic) with fast-montage summaries of events, interspersed with evocative descriptions—of milk-white steeds, maidens, glinting swords and occasionally snuffling boars coming out of the woods. So narrative and situational songs can be seen as a continuum.

That’s one polarity: call it NARRATIVE – SITUATIONAL. Another polarity involves the use of metaphor in the song. Here I distinguish songs that are primarily descriptions of outward events (which may use passing metaphors as a way of intensifying that description) from songs that are primarily reports of interior states of thought and feeling. Compare, for example, “Poncho and Lefty” by Townes Van Zandt (also a narrative song) and “I Will Always Love You” by Dolly Parton, so memorably covered by Whitney Houston. In between these end-points, I think, lies a beautiful world of songs built around a central metaphor, often found in the Great American Songbook canon: “Skylark” by Hoagie Carmichael and Johnny Mercer.

As with our other polarity, most songs move between these elements in a complex and delightful dance. Andrea Stolpe, in her book Popular Lyric Writing, first turned me on to pay attention to shifts between exterior and interior language in lyric structure. I augmented her framework by considering metaphorical lines as a third, intermediate texture. You can see these distinctions also at the level of the entire song. Then there are songs written as exterior narratives, but where the landscape as a whole is metaphorical, a dreamscape. Like Dylan’s “All Along the Watchtower”: somehow we know those two riders approaching have a lot to say, and that the howling wind ain’t just the wind.

I could spin polarities endlessly, but I often find a small set of them are best to work with, especially when you begin to crisscross and tug at them. So the third polarity for “kinds of songs” (in lyric terms) I’ll offer here is the polarity between songs that are intended to make referential “sense” with their lyrics, vs. songs that are about the sound of the lyrics. We’re engaged in some discussions now in Berklee’s Songwriting department about how to give appropriate honor to great dance songs, for example, with amazing melodies and progressions, but where the lyrics are not setting out to be metaphor-drenched, soul-baring threnodies. Sometimes we mis- speak in these discussions and say that in these latter types of songs, lyrics “don’t matter.” I prefer to say they matter a different way; and often they are generated via different processes as well.

Some beloved songs of mine have cryptic lyrics that still affect me deeply on many levels. Many songs of Neil Finn (the great New Zealand songwriter from Crowded House) strike me this way. I don't judge such songs as inferior because I can’t “understand” all the lyrics in rational terms; nor do I believe my experience of those songs would be as rich with no lyrics present, or with any arbitrary lyrics.

We could compare this, perhaps, to the tension between representational and non- representational visual arts. With that comparison in mind, it is useful (though mysterious) to ask: how can we tell great non-representational lyrics from piss-poor first-cuff blather? My answer is: listen to the song, and pay careful attention to how every element of the song affects you as a listener. Then you’ll know.

Now we have a starter set of three polarities to work with:

Now we can start to play with these dimensions or aspects, in light of specific examples and new writing challenges we can set ourselves. As you reflect on these and other polarities for lyric content, try to find aspects that, in your mind, are tightly locked together, and see if you can split them into new possibilities that stretch you as a writer.

For example, one of the clearest linkages is between narrative lyric content and a focus on outer, descriptive language. So, how about:

I like the concept of thinking in polarities or on some kind of dimension. It helps for example, within a 'Narrative' framework, in which one might be tempted to pose a set of 'categories' that sub-divide it: Story songs (strict narrative, third person, clear sense of beginning-middle-end), Persona Songs (first person fictional), Temporal Specificity (years? weeks? days? 5 minutes?)...

I think 'temporal specificity' is where the concept of dimensionality is really useful - because it can be overlaid onto the other two subdivisions...and at the extreme end of that spectrum - as in a 'situation' that happens within 3 seconds - what we are really talking about might be that start of a new 'type': 'internal state'. Once we are in 'internal state', then we can overlay another dimension, 'descriptive - abstract'...

I think it is useful to consider how people approach these in terms of song function as well. For example, if we are talking about songs for film/TV, 'narrative' songs can actually be very ill-fitted to that particular market. And only certain types of metaphor (simple ones) are going to be appropriate.

In that setting, music supervisors are usually looking for a song (with both lyric and music being equally weighted I would argue) that perform 2 key functions:

And what they are looking to avoid are any details that tell a story that would in any way conflict or compete with the story being told by the visual. Which poses problems for 'narrative' song!

I think the question of what distinguishes the slop from the good stuff, with respect to 'sound based' or 'abstract' lyrical content is worthy of more investigation! Why do we still feel so much, and as you said, feel we have been taken through a story, even when we don't know exactly what has happened in a literal sense? What kinds of ambiguities are genuinely productive, and which are simply vague nothings? I think Dylan's 'Subterranean Homesick Blues' is another good example of that (unless there is some definitive 'translation' of that one that I don't know about...)

It would be wonderful to get feedback from readers about these ideas, specifically references to example songs that seem to lie in one zone or the other. Keppie’s point about the function and context of songs in use is really well taken. My friend and co- writer Lisa Aschmann has had many songs placed in film and TV synch usages. She’s observed a similar thing about the lyric requirements of songs that will be used as underscore for a visual medium and especially one with its own dramatic narrative. Songs that might appear vague or narratively weak taken on their own are sometimes exactly what the music supervisors are looking for: the scene already provides the “furniture” and the narrative. The song provides the emotional undercurrents, and if there is imagery in the song it’s likely better if that imagery is metaphorical than literal and descriptive. So the discussion continues ...